GTE aims to focus on promoting England as a first class golf destination, but to achieve this we need the support and guidance of many national and regional bodies. We are very proud of our associations with the following organisations:

'The future looks bright. As an industry association we now have a voice and people are starting to listen. A perfect example of this is the opening up of dialogue between Golf Tourism England, Visit England and England Golf. There is now real hope that England can emerge from the shadows and become a leading player in the international golf tourism marketplace. England’s transport links and general tourism offer are outstanding, when coupled with our rich golfing heritage and variety of courses forms a fairly formidable package.'

GALVIN GREEN – WE NEVER COMPROMISE! Galvin Green is a pure golf brand specialising in the design and supply of...

Golf Monthly is the UK’s leading multi-platform golf media brand, with over a century of heritage and authority...

Sports Publications are the publishers of the UK's highest-circulating golf title, National Club Golfer. According to the latest official...

Visit England, the national tourist board, has embraced the GTE initiative and was represented at the International Golf Travel Market... 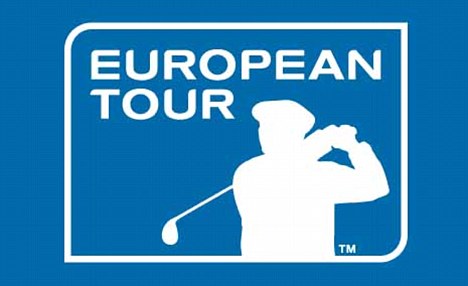 The PGA European Tour, a company limited by guarantee, operates a broad range of business initiatives essential to its primary... 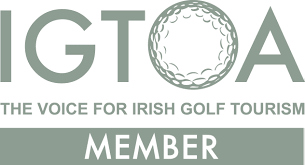 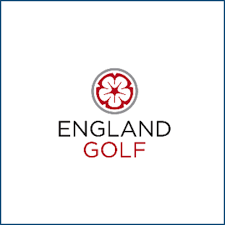 England Golf is one of the largest sports governing bodies in England looking after the interests of over 1,900 golf clubs...

IAGTO (International Association of Golf Tour Operators) is the global trade organisation for the golf tourism industry Established in 1997,...

Galvin Green is a pure golf brand specialising in the design and supply of high-performance clothing to golfers in more than 20 countries worldwide. Designed by golfers for golfers, every garment and layer has been developed to be compatible – providing exceptional comfort, freedom of movement and protection from the elements. Each detail exists because the game demands it and there is never any compromise on the quality of materials or the functional design of golf wear styled for all climatic conditions.

The Galvin Green collection is sold via golf stores and golf pro shops.

Golf Monthly is the UK’s leading multi-platform golf media brand, with over a century of heritage and authority in a sport that continues to prosper and grow.

According to the latest official ABC figures, a total of 58,278 copies of NCG were distributed each month to almost 2,500 golf-club locations over the second half of 2014.

The Sports Publications stable also includes Lady Golfer magazine and Pro Trade +, as well as two consumer focused travel titles, Winter Escapes & GoGolfing.  LG has an ABC-audited circulation of just under 14,000, making it the highest circulating ladies' title in print and digital formats, and is also distributed to every golf club in the UK.

Sports Publications also has the highest read Digital magazines in the countries, two Apps and what is believed to be the largest media email database in the UK.

For more information about Sports Publications, call 0113 2893979 or email tom@sportspub.co.uk

Visit England, the national tourist board, has embraced the GTE initiative and was represented at the International Golf Travel Market by CEO James Berresford, who participated in a Destination Briefing to highlight England’s remarkable golf tourism potential.

He said: “With over 1,900 golf courses, including famous golf courses such as Royal Birkdale, Royal St George’s, The Belfry and Wentworth, England is well placed to become one of the world’s major golfing destinations and capture a sizeable share of the estimated €15bn global golf travel market.

“Combine this with England’s celebrated cultural and historic attractions, great sporting events, modern vibrant cities and superb food and drink offering and you have all the ingredients for a truly memorable golfing holiday.

“Surprisingly, however, we’re not yet considered one of the world’s top destinations for a golf holiday. There is enormous potential to grow golf tourism to England and, over the coming months, VisitEngland will be working with Golf Tourism England and England Golf to develop a national golf tourism strategy.”

He added: “We will be developing a number of fantastic itineraries incorporating England’s most popular links, heathland and parkland courses, some hidden gems, our greatest attractions and delicious local food and drink. We look forward to sharing those ideas with golfers around the world to ensure that England’s magnificent golfing offer is right where it should be – top of every golfers holiday list!”

The PGA European Tour, a company limited by guarantee, operates a broad range of business initiatives essential to its primary mission of administering professional tournament golf. It is a unique business which generates profits for the benefit of the Members – the tournament players – who receive their dividends by way of competing and winning prize money.

The European Tour International Schedule, which from 2009 incorporated the inaugural Race to Dubai, is a thriving global brand; the European Challenge Tour focuses on the future; and the European Senior Tour provides a new start for champions celebrating their 50th birthday.

The European Tour’s corporate identity features the iconic silhouette image of six-time Open Champion Harry Vardon and a world skyline graphic depicting many of the geographical elements built into The 2015 Race to Dubai, which will feature a minimum of 47 tournaments in 26 countries.

George O’Grady, the Chief Executive of The European Tour, heads the administration staff of 185 based at headquarters in Wentworth, Surrey, with a Board of Directors comprising 11 elected past and present Tour Members and a Tournament Committee of 14 players.

The growth and development of The European Tour is well documented. In 2014 The European Tour International Schedule consisted of 49 tournaments in 27 countries with prize money of €147,074,445 compared to a total prize fund of €350,000 when the Tour was born in 1972.

The funds drawn from sponsors and suppliers, television and ticket sales, hospitality and governments, support a thriving international community in which The European Tour actively promotes the game at all levels.

The IGTOA membership is one of the largest stakeholders in the inbound Irish golf travel market. Since 1996 our Golf Tour Operator Members are responsible for bringing in approximately 60,000 golfing visitors to Ireland with a valued contribution of approximately €90 million to the Irish economy. Our organisation has a core remit to support the growth, protection and development of the Irish golf tourism industry for the future.

The IGTOA is recognised and engaged with the Department of Transport, Tourism and Sport in the Republic of Ireland and with the Department of Enterprise, Trade & Investment in the Northern Ireland Executive. The IGTOA has a pro-active and continuous working relationship with Fáilte Ireland, the Northern Ireland Tourist Board and Tourism Ireland agencies overseas on an annual basis, on various issues pertaining to the Irish golf tourism industry. The IGTOA has a core remit to promote Irish golf tourism internationally overseas and we work closely with Fáilte Ireland, Tourism Ireland and the Northern Ireland Tourist Board in this regard.

We are a non for profit company by limited guarantee and we are a members driven and supported organisation.

England Golf is one of the largest sports governing bodies in England looking after the interests of over 1,900 golf clubs and 675,000 men and women club members.

Responsible for the training of the country’s top amateur golfers, England Golf also organises all the major English amateur championships. England Golf works to actively encourage new golfers and increase the continued interest and participation in golf through its golf development initiative ‘Get into Golf’.

England Golf also maintains a uniform system of handicapping, administering and applying the Rules approved by the Council of National Golf Unions.

England Golf is a member of The England Golf Partnership (EGP) together with the PGA and supported by the Golf Foundation and Sport England.  Their Whole Sport Plan for golf identifies how England will achieve its vision of becoming ‘The Leading Golf Nation in the World by 2020’ from grass roots right through to elite level.”

It is estimated that IAGTO’s operators control over 85% of golf holiday packages sold worldwide and turnover more than €1.5 billion per year.

"We strive to provide information, create opportunities and make introductions that will help you develop your business faster, with less effort and less cost. In addition to organising fam trips, press trips, workshops, destination conventions and events, our staff around the world are constantly developing new services for our members to take advantage of. We pride ourselves on being at the heart of the golf tourism industry and invite you to join us.” Peter Walton, Chief Executive, IAGTO.