The Belfry is the best known course in the West Midlands, but Staffordshire has some exceptional layouts that deserve acclaim.

The Belfry is the best known course in the West Midlands, but Staffordshire has some exceptional layouts that deserve acclaim.

Established in 1908, Little Aston Golf Club features an 18 hole course, originally designed by Harry Vardon. Apart from 4 holes, the layout of the course is the same as the original Vardon design. The course features fairways lined with mature trees, two lakes, and a lot of defensive bunkers, making for a difficult approach to the green, demanding accuracy, and ensuring a challenging game for all.

South Staffordshire was originally formed in 1892, making it one of the oldest in the Midlands. It began life as a nine-hole layout on Penn Common before nine holes were added six years later.
The club moved to its current site in 1908 and six-time Open champion Harry Vardon was commissioned to design the new layout. For the club’s centenary five years ago it launched a new open tournament, the Vardon Bowl.
Such luminaries as Vardon, Harry Colt, James Braid and Donald Steel have all had a hand in the design of the course and their efforts are well rewarded at what is one of the finest courses in the area.

Beau Desert is a beautiful, often underrated and overlooked, heathland course with huge undulating greens. Your driving needs to be spot-on to find the tight fairways flanked by banks of heather and other shrubbery.

A round at Beau Desert provides a memorable golfing experience - from the intriguing short par-4 opener to the thrilling par-5 finale which requires a downhill approach to the clubhouse over a large area of more heather and long grasses.

In summary, provides heathland golf at its glorious best and no doubt if it was located in the Home Counties you’d be paying double the money. Provides a memorable golfing experience - from the short par-4 opener to the thrilling par-5 finale.

Hidden among the canopy of Staffordshire's Cannock Forest, this...

Little Aston is one of England's best loved inland...

Championship golf within your reach Situated in Tettenhall, the leafy... 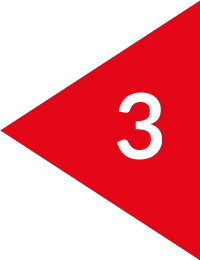 One of the biggest courses in the world, no course...

2 Nights B&B staying at The Belfry and playing 3 rounds including South Staffordshire, Little Aston and The Belfry

Our golfing experiences mean you have a private transfer, it means the buggies are waiting for you and most of all, you just have to turn up and play golf, sometimes you have to take ownership

For a weekend golf break, the West Midlands is hard to beat. With so many excellent resorts to consider

Come and play golf at some of the best English courses in the UK and let Golf Vacations UK organise your trip of a lifetime.